Thrintoft is starting to look and feel a little more autumnal now. The trees are slowly on the turn and the cooler weather has seen me reach for the coat for the first time since Spring. Passing wheatear and whinchat suggest the birds think so too as they leave their summer breeding grounds and head South for the warmth of the Mediterranean and beyond.

Lovely female wheatear, one of four recorded on passage on 15th September... 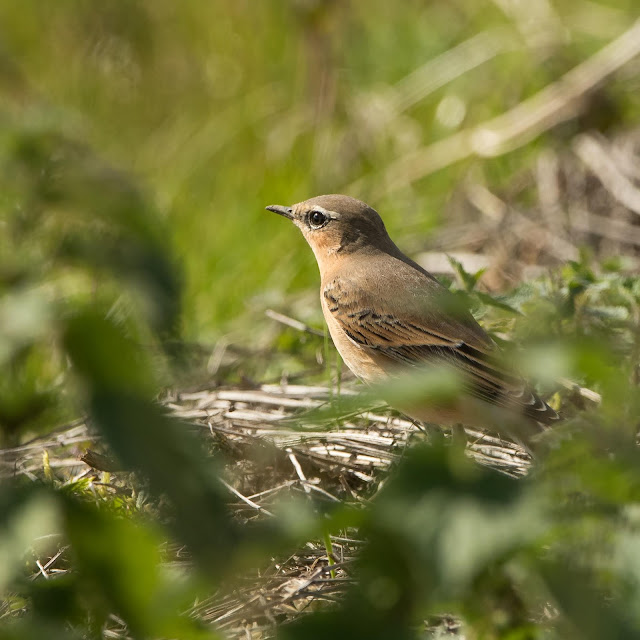 ...along with this distant whinchat, one of possibly two seen on the same day. 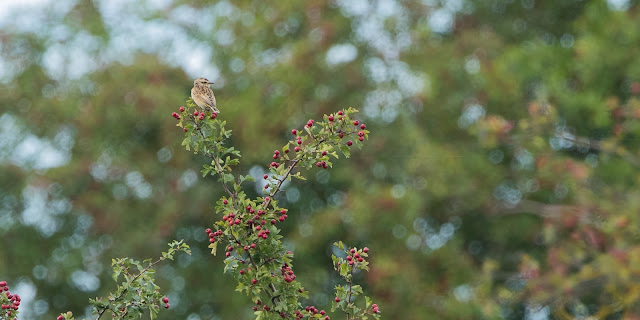 Groups of egret are a common sight along the Swale now. These little egret are ringed, but I couldn't get close enough to read them. I don't think it will be long before cattle egret or great white egret make the parish list.

This duck led to some brief excitement... 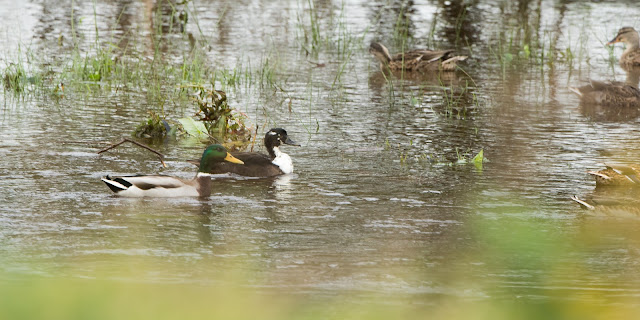 ...before I realised it was a domestic duck. Probably a Swedish Blue and mallard hybrid.

When walking the patch, it can be as fascinating to find things out of place as it is to find things new. So I was pleased to find this marsh tit at the waterworks, many miles from their stronghold in Langton Woods and only the third site on the patch that I've recorded them; a single bird at Poole's waste being the second. 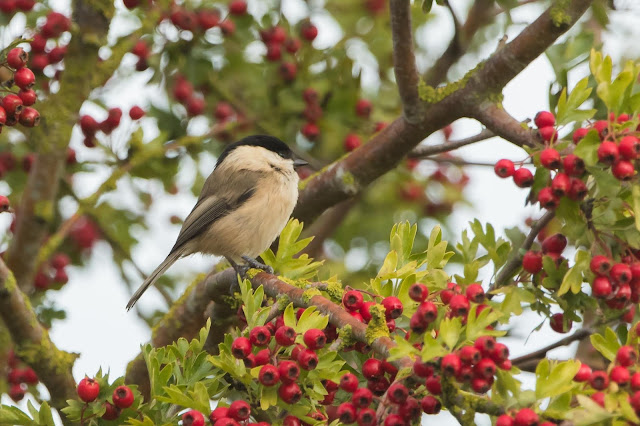 Other blogs of note...

I spend so much of my time sat indoors looking out that I often feel incarcerated from what I enjoy most; being outside and soaking up the natural world.
I'm determined to not feel caged. Through this blog, I will document the projects and activities I undertake to get out and in touch with nature. Where possible, I'll drag the kids along and hopefully inspire others to pique their kids' interest and do the same.